Sunny with a chance of rowdy. The perfect conditions to put our new Spring MTB Collection to the test. In our Made for Your Ride video series, we ask our pros two simple questions: where do you want to ride? And, what do you want to wear? For our second episode, Loic Bruni matched the fast and technical terrain of La Garriga, Spain with a tough-as-nails Defend kit. The result, as you just witnessed, was pretty fun and very fast. 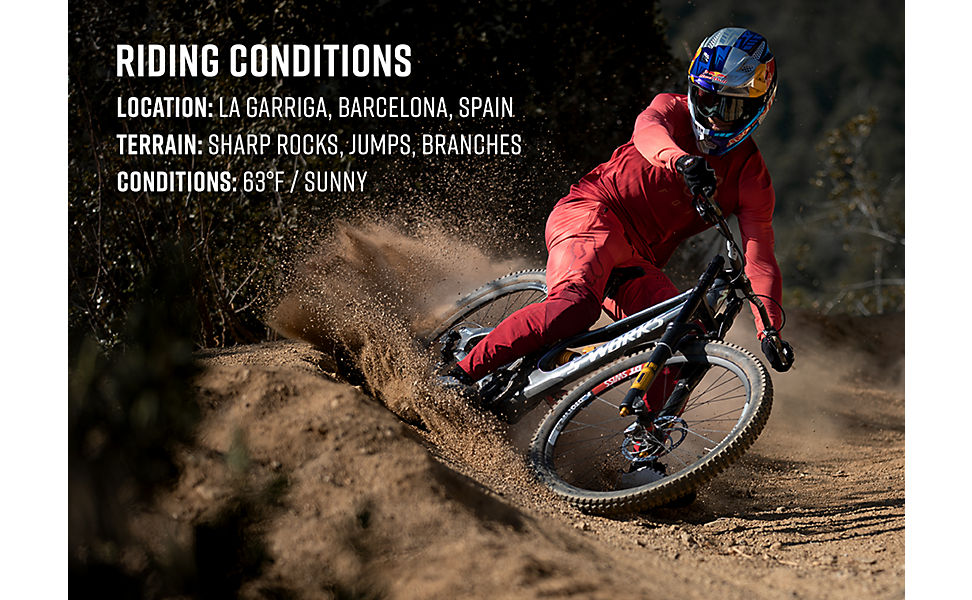 “Riding in a kit this comfortable will make your day. I love the blend of durability, stretch and ventilation. Plus, red sure makes you look fast."

Well said, Loic. We couldn’t agree more. Red can make you look fast standing still. And, in our totally-nonscientific opinion, will cut at least a few hundredths off your time.

It may have been hard to see, but that red blur in the video was the all-new Defend jersey and pants. Defend, as in defending you and the garment from abrasion and trail-related wear and tear. In our arsenal of mountain bike apparel, it’s the go-to for the perfect balance of durability and comfort. All thanks to the abrasion-resistant fabric, strategic stretch zones, and smart venting.

WHAT’S YOUR NEXT RIDE?

Mirroring the Made of Your Ride video series, we now pose you a similar set of questions: where do you ride? And, which features would make it the best ride ever? The choice is yours:

Flexair – super breathable and wonderfully forgettable; it’s the next best thing to bringing an AC along for the ride. Ranger – a discrete lunch-ride kit with a casual aesthetic which conceals exceptional moisture-wicking properties. It’s a kit that says “yeah I ride” but will blend in with the crowd when you're enjoying a couple of cold ones at the local brewery. Defend – an mtb kit that would make Tony Stark jealous. Not only is it armored with durable fabrics like Kevlar®, but it also has intelligent features like targeted venting and strategic stretch.

To create a kit of your own, use our MTB kit builder tool. With three benefit-driven mountain bike collections, the kit you imagine can be as diverse as the terrain you ride in.

CREATE YOUR OWN KIT