Ah, summer mountain biking. Long days, warm evenings, limitless riding opportunities. A riding bounty, no doubt. Still, riding in hot and humid weather comes with a host of challenges for us mountain bikers. How do you mountain bike in hot weather? Follow our summer mtb riding tips and trick to pedal comfortability in the time of plenty. Here are our 5 tips to keep your cool in the warm summer months. 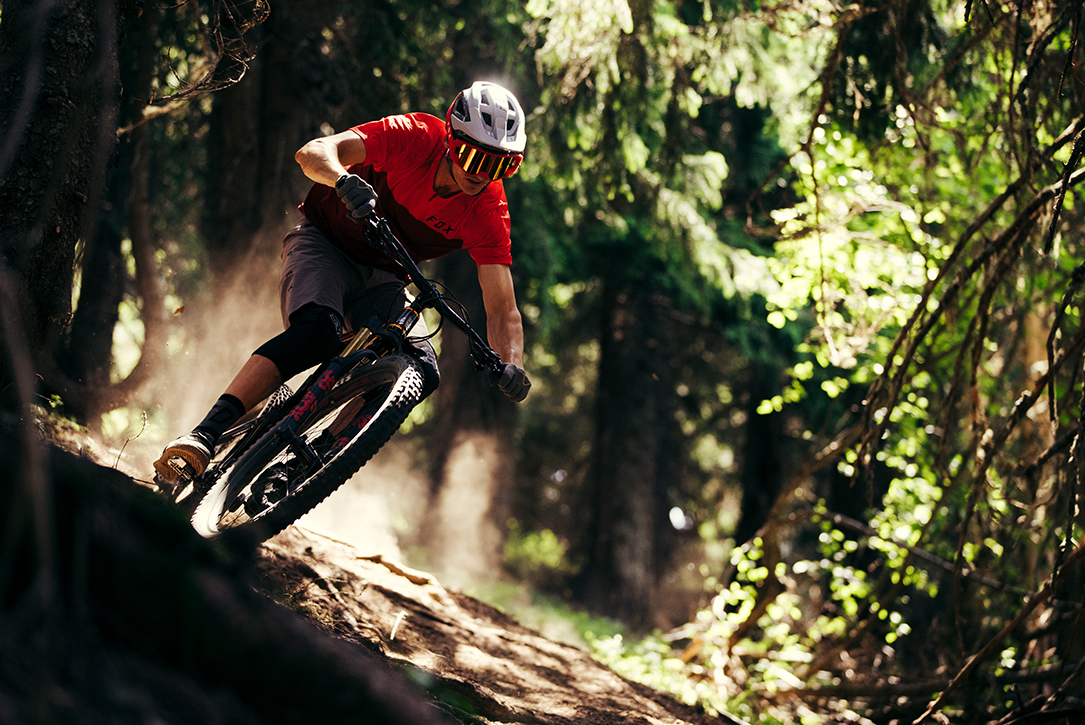 Hot mountain bike riding conditions call for lightweight fabrics, breathability, and clothing that aids moisture-wicking. What do we wear to keep our cool? Flexair MTB Gear. As the name suggests, this collection of mtb apparel helps improve airflow and evaporation, assisting your body's natural cooling process. The featherweight fabric, abundant airflow, and rapid drying time helps you stay cool and comfortable as you make the most of summer riding. Professional downhiller, Neko Mulally, goes for a long sleeve jersey and shorts in the summer. Remarking that this setup, “keeps my skin out of the sun but also is the most breathable setup. Whether you follow Neko’s lead or go for a short sleeve is personal preference. Just make sure your apparel is well vented and don’t forget your sunscreen. 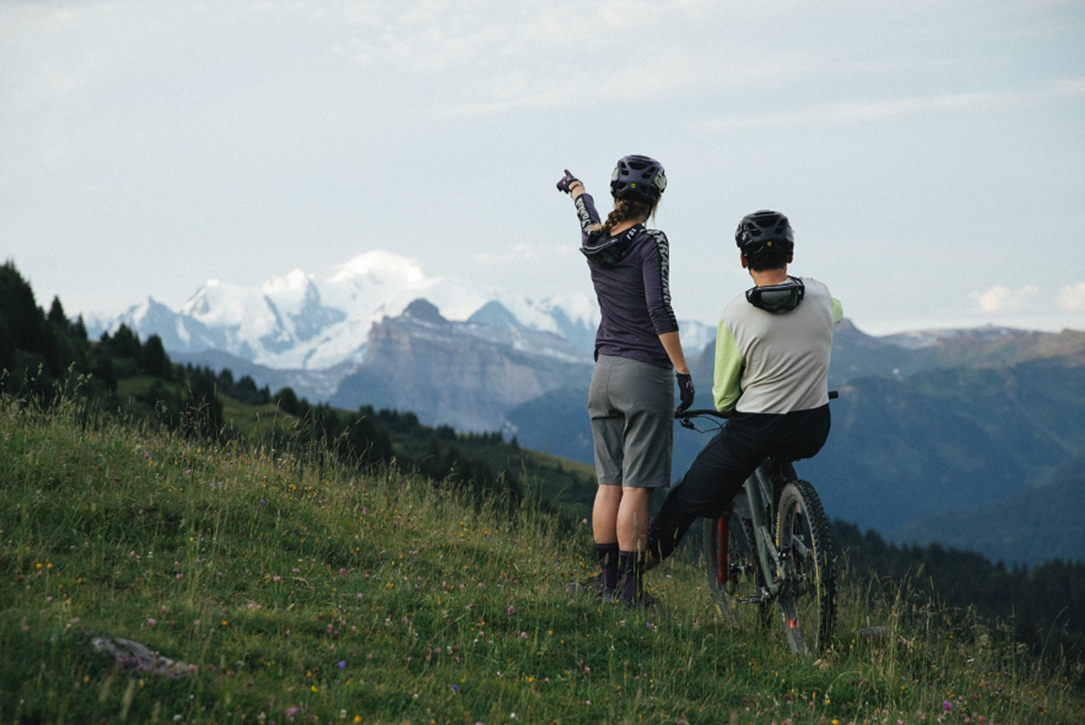 It's all in the details. How far are you going? When will you start your ride? Are there any water stops? The answer to these questions will guide your gear selection, the amount of water you bring, your nutritional needs, and more. Consuming at least 20oz of water per hour of activity is recommended. Meaning that on a multi-hour ride, you may want to opt for a larger hydration pack over that single water bottle. A ride that transitions for the afternoon to evening may require a light outer layer to keep you warm. Take time-of-day, temperature, and route into account when planning your summer ride. 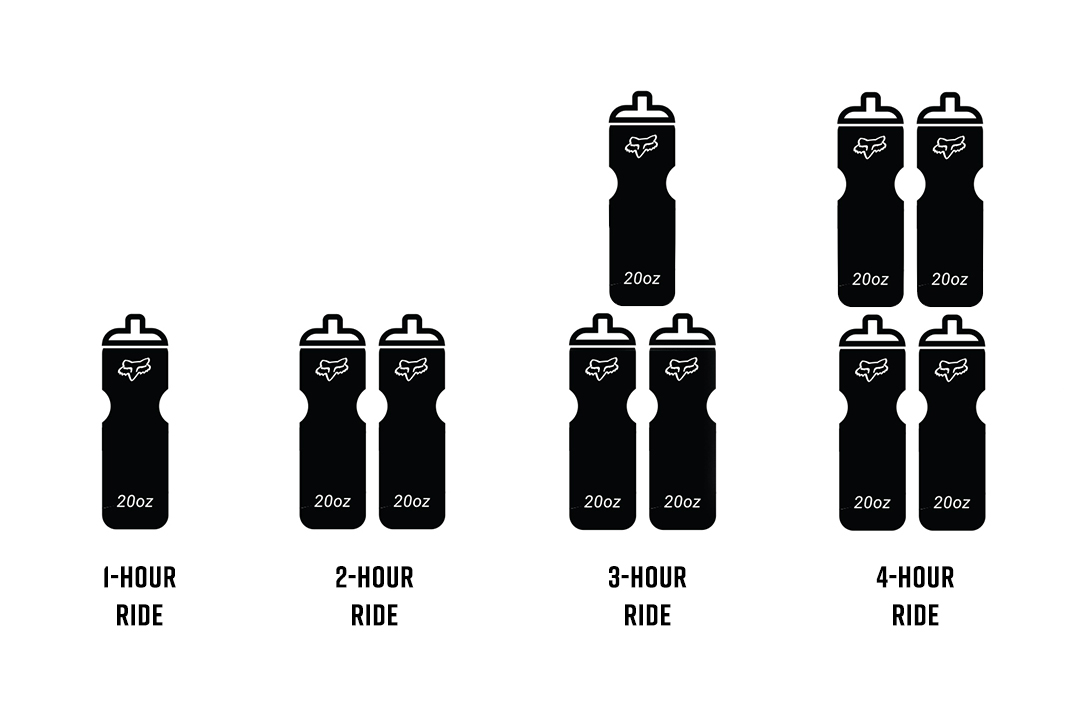 Staying properly hydrated is critical. No more so than in hot and humid trail conditions. While you plan your ride, ensure you have a enough fluids for the trip. With years of experience, this is a lesson professional enduro rider Cody Kelley emphasizes. His goal is to consume one 20oz bottle of water (with or without electrolytes) every hour while riding. He adds, “on a hot summer day, the average person is going to burn around 500-700 calories per hour while riding. I have to try and consume 50% of what I am burning, or I will bonk out.” As you sweat, you will lose essential minerals. Supplement your body with electrolyte drinks or tablets to make up for the loss. And, be sure to eat along the way to stay fueled for the ride. 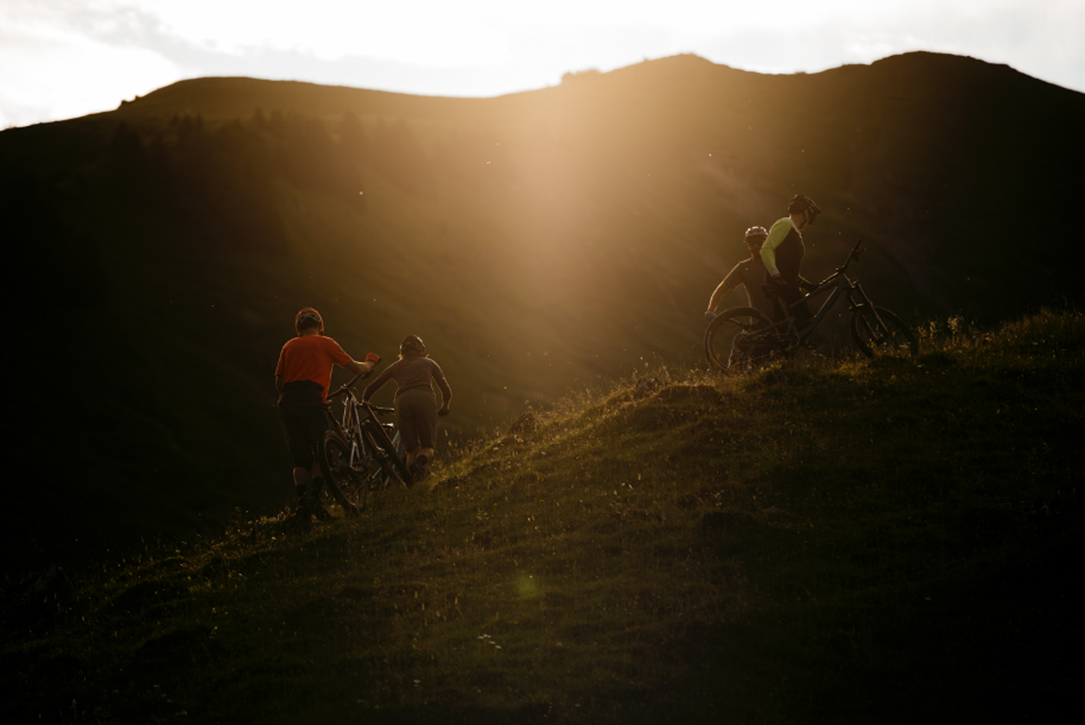 One way to beat the heat is to simply avoid it. Plan your rides for earlier or later in the day to avoid the hottest time of the day. Temperatures begin to soar at noon and peak around 3 pm. Organize your summer mountain bike rides in the morning or late afternoon and take advantage of more comfortable temperatures. Maybe even catch a sunrise or sunset to make your ride that much more memorable. 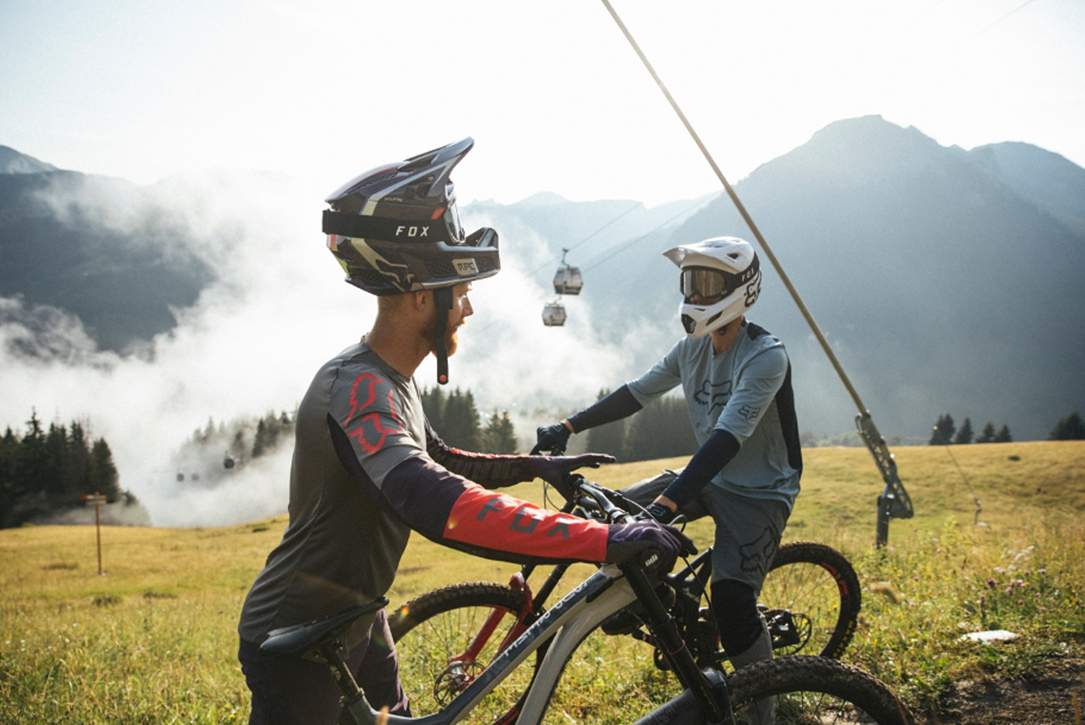 Remember, we're out here for fun. No need to smash KOMs and set new PRs every day. When riding in extreme heat, dial down the tempo a bit if needed. Along your route, take advantage of shady spots for a short cool down. This is a point Neko Mulally reiterates, “having water stops planned and carrying some electrolyte mix is crucial. If you stay hydrated, you can ride all day!" These breaks are the perfect time to hydrate and rest. Pour some water on your head and neck to bring down your temperature.